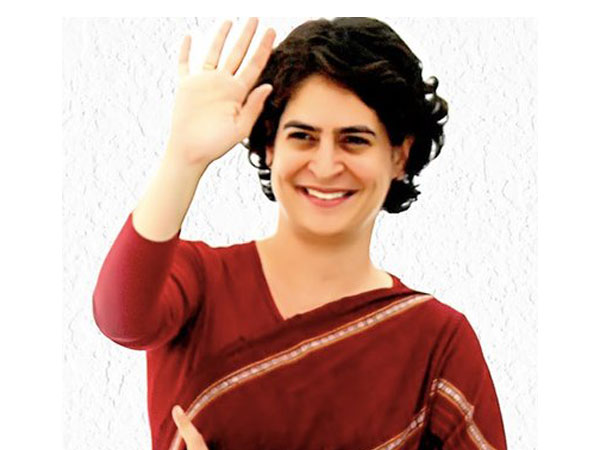 Priyanka Gandhi Vadra, General Secretary of AICC for UP East, born to the parents Rajiv Gandhi and Sonia Gandhi, sibling of Rahul Gandhi, and granddaughter of Feroze and Indira Gandhi, is a noted political personality in India who also bears a biological connection to the Nehru-Gandhi family. She is married to Robert Vadra, an Indian businessman. Priyanka is elected as an official member of Rajiv Gandhi Foundation serving as its trustee. She is also the General Secretary of AICC or All India Congress Committee in charge of it since January 23, 2019. As a general secretary of AICC, Priyanka has undertaken the charge of overseeing eastern UP.

Delhi-born Priyanka had a reclusive political involvement in her early youth. She finished her schooling at Modern School and Convent of Jesus & Mary and did her graduation in psychology at Jesus and Mary College, University of Delhi. As far as her political involvement is concerned, she used to frequent Rae Bareilly and Amethi, the political constituencies of her mother and brother, to engage in direct conversation with the people there. The mass appeal of Priyanka was quite vivid as her visit to the above-mentioned constituencies drew around a considerable number of people who later crooned praise for Priyanka in their popular slogan – Amethi ka danka, bitiya Priyanka!

In the year 2004 when the general election in India was at its fever-pitch, Priyanka managed electoral campaigns for her mother and brother Rahul Gandhi. She made her presence felt in the assembly election of 2007 held in Uttar Pradesh taking the charge of pacifying internal strife within the Congress party workers over the issue of seat allocations in Amethi Rae Bareilly region. With appointment as a general secretary in charge of Uttar Pradesh now comes the confirmation about formal entry of Priyanka Gandhi into Indian politics, a transition in Congress party that is said to have already galvanized the enthusiasm of party workers across India.

We are conducting an astrological analysis of dimensional aspects of Priyanka Gandhi Vadra through the following horoscope chart and details in related to it.

Birth Details of Priyanka Gandhi Vadra are as per given below:

Priyanka Gandhi Vadra is born with Gemini Ascendant. Gemini is a dual nature first of air sign and ruled by Mercury.

Gemini the third sign of the Zodiac is symbolized by the ‘Twins’. The commonly known and accepted belief is that the Twins possess a dual nature, and half of the times, one will be left guessing which of their side is going to show up. The behavior of a Gemini can be compared with the functioning of our nervous system, which transmits signals from body parts to the brain and conveying what they see and hear, many a times without bothering to check the authenticity of the information. The air sign is well, airy – versatile, adaptable and in fact too mutable for comfort! Communication is the buzzword for them, and it, in all forms, holds special importance in their life. Active to the point of being fretful, the heavenly Twins possess a constant craving for knowledge and intellectual stimulation.

In Chalit Chart Jupiter shifts into the sixth house in company of debilitated Moon stationed therein.

In Navmansha D9 chart, Mercury, Venus and Saturn are in their own respective signs to gather more strength.