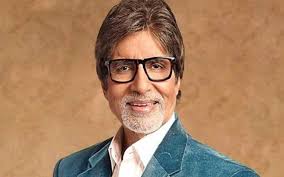 Amitabh Bachchan, Indian Film Actor, Film Producer and Television Host was born on October 11, 1942 in the city of Allahabad in Uttar Pradesh. He was formerly called Inquilaab Srivastava but it is the name Amitabh (suggested by his father’s poet friend, Sumitranandan Pant) he is popularly known with in India and across the world. Also called megastar of Bollywood, Shahenshah of Bollywood, Big B, Angry Young Man, and other nicknames, Amitabh is a hugely popular Indian film actor and film producer besides being a famed television host who hosted India’s most commercially successful TV Quiz show, Kaun Banega Crorepati, aka KBC which was inspired by the hit British game show, Who Wants to Be a Millionaire? The father of Amitabh, late Harivansh Rai Bachchan, was a noted Hindi poet and had a commendable fluency in Awadhi and Urdu dialects. His mother late Teji Bachchan was one of the Directors of the Film Finance Corporation. Amitabh did his education from Sherwood College, Nainital; and later from Kirori Mal College, University of Delhi. Amitabh has younger brother named Ajitabh and a son named Abhishek Bachchan who is married to Aishwarya Rai, and a daughter named Shweta Bachchan Nanda who is married to Nikhil Nanda, a noted businessman.

Though initial acting days of Amitabh were not so successful as hoped, but films during 1970’s such as Sholay, Deewar, and Zanjeer were not only commercial blockbusters but also evinced a meteoritic rise setting off Amitabh Bachchan’s never-ceasing and redoubtable cinematic aura till today. Amitabh achieved superstardom of an unprecedented feat. He met near-life-threatening injury during the shoot of film, Coolie, an incident which literally stopped the pulse of the nation, with everyone praying for his speedy recovery when the critically-injured Amitabh was undergoing recovery at Mumbai’s Breach Candy Hospital. Amitabh is recipient of various honorary awards and accolades, including Sadi ka Mahanayak, Star of the Millennium, one-man industry” by François Truffaut (French director), the Padma Shri, the Padma Bhushan, and the Padma Vibhushan. He was honored by French Government Knight of the Legion. He also did a cameo role in Hollywood film, The Great Gatsby (2013). Overall, Amitabh Bachchan entails enormous popularity beyond the Indian subcontinent and overseas, including Middle East and South Africa.

Astroguruvani conducts an astrological analysis on Megastar Amitabh Bachchan through the informative horoscope chart as detailed below.

Birth Details of Megastar Amitabh Bachchan are as per given below:

Amitabh Bachchan, Indian Film Actor is born with Aquarius Ascendant. Aquarius is a fix nature last of air sign, ruled by Saturn. The most individualistic and free of the Zodiac Signs, Aquarius is a paradox in itself. Aquarian native is fiercely independent, modern, even wild and eccentric at one go and fair, just and absolutely humanitarian at the other. A Water –Bearer symbolizes the eleventh of zodiac signs. The native is methodical, intellectual, and observant and have clarity of thoughts. Native is effective interpreter and analyzer of information. He possess an excellent ability for abstract and lateral thinking – ability to view things with varied perspectives. What separates Aquarian native from rest of people is his ability to think out of box and make their way through complex situation.

In Navmansha D9 chart Sun and Venus are in their own sign, hence gather strength. Jupiter on remaining exalted in Cancer to become ‘Vargottami’ hence becomes strong. Mars is debilitated, hence loss of strength.

Effect of transit by Major planets in the year 2019

Wily Saturn being ruler of the Ascendant transits in a dual nature last of fire sign Sagittarius for whole of the year 2019. Saturn moves through the eleventh house. This house is about gains, relationship in general and fulfillment of wish. Transiting Saturn has an eye over the Ascendant and radical position of malefic Ketu stationed therein. Saturn also eyes the eighth house along with Venus positioned therein. This position is indicative of gainful time for Amitabh Bachchan, Film Producer. He is to get to work for advertising products and run TV show. His long time wish is to get fulfilled. Amitabh Bachchan, Indian Film Actor is to be troubled by health issue. He needs to take due care of health here. Transit of Saturn in Sagittarius through the eleventh house indicates a progressive and prosperous time for Amitabh Bachchan, Film Producer.

Malefic Ketu currently transits in last of earth sign Capricorn and moves through the 12th house. This leads to constraints in enjoying pleasures of life. This movement of Ketu does not sound a much happy proposition for Amitabh Bachchan, Film Producer.

From 7th March Rahu (north node) enters a dual nature first of sir sign Gemini. Rahu now moves through the fifth house. He may be tempted to take undue risk for financial gain. Amitabh Bachchan, Indian Film Actor is to remain concerned about progress of his male child Abhishek Bachchan. Movement of Rahu through the fifth house does not seem much supportive for progressive forces to work effectively.

From 7th March, malefic shadow planet Ketu enters a dual nature last of fire sign Sagittarius. Ketu now moves through the eleventh house in company of wily Saturn. This movement of two malefic through the eleventh house can lead to issue with one in a meaningful relationship. Amitabh Bachchan, Indian Film Actor needs to handle this much tactfully and have a humanitarian approach. He needs to aim at preserving peace and harmony in relationship.

Benevolent Jupiter currently transits in a fix nature water sign Scorpio. Jupiter now moves through the tenth house in his chart. Transiting Jupiter has an eye on its own sign in the second house. This leads to increase inflow of money for Amitabh Bachchan, Indian Film Actor. Jupiter moving through the tenth house also eyes the sixth house along with its own radical position therein. Progressive forces are to work much effectively now for him.

From 30th March Jupiter enters its own last of fire sign Sagittarius. Jupiter now moves through the eleventh house in company of wily Saturn and malefic Ketu. From 11th April Jupiter becomes retrograde in Sagittarius. From 23rd April Jupiter moving in retrograde mode reenters water sign Scorpio. From 12th August Jupiter becomes direct in motion. This period of retrogression of Jupiter can prove kind of challenging for Amitabh Bachchan, Film Producer. He needs to refrain from taking major decision related to financial investment. It is time look back at decision related to finance taken in past. Progressive forces are not to work much effectively here.

From 5th November Jupiter again enters its own sign Sagittarius. Jupiter transits in Sagittarius till end of the year 2019 and beyond. Now Jupiter moves through the eleventh house in company of wily Saturn and malefic shadow planet Ketu. Evil effect of two malefic is not to be much intense now. This movement of Jupiter leads to a gainful time for Amitabh Bachchan, Film Producer. At the same time he needs to be much careful about health here. Progressive forces are to work effectively now for him.

Overall this movement of major planets during the year 2019 is to be much eventful and progressive and prosperous time for Amitabh Bachchan, Indian Film Actor. From March to August he is to have a kind of challenging time.